My mum asked me to make her a card for a lady she knows who is retiring and moving away.  Mum never gives me any idea what she would like on a card other than who it is for....I guess she must trust me....Well this is what I came up with so I hope its ok. 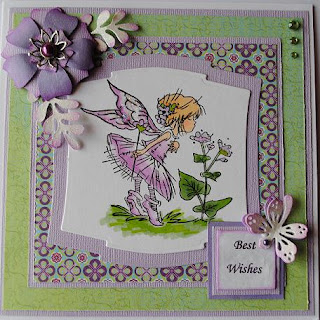 The fairy stamp is from Lili of the Valley and I've coloured her with Promarkers.  The papers are Basic Grey Euphoria.
I put some glitter on her wings (which you can't really see in this photo) and added a small dragonfly.
Not quite got the hang of Promarkers yet but I'll keep practising....
Debbie x﻿
Posted by Debbie at 15:52 1 comment:

As much as I love the colour pink, I think I may have gone a little overboard here...for me anyway.... 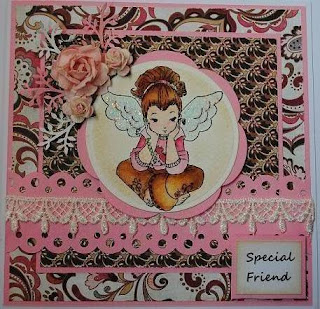 This is another card my friend asked me to make for her.  I didn't know the lady who it was destined for but was told....anything with an angel on, so fingers crossed she likes it.
This is a Whiff of Joy stamp and I've coloured her with Distress Inks.  The papers are from a Basic Grey paper pad...Bittersweet.﻿
Debbie x
Posted by Debbie at 18:57 2 comments:

As I am using this blog to record things I have made I thought I would show my ATC's for Februarys swap over at ALI'S ATC SWAP-STOP.  The theme was 'Seeing Red' which had me stumped for a little while but after getting very messy and covered in ink I came up with this design....sorry about the rubbish photo but the light wasn't too good and the flash kept coming on. 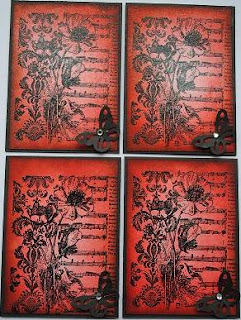 The stamp is from Penny Black﻿ and of course I used Distress Inks...not sure what looked more distressed by the time I'd finished, my hands or the ATC's.
Debbie x
Posted by Debbie at 00:58 4 comments:

I know that Valentines Day has been and gone but I wanted to show the card that I made for my boyfriend this year as I was really pleased with how it eventually turned out. I say 'eventually' as I messed about with the idea for ages before I settled on the final design and part of me thinks I'd seen something similar somewhere else and the idea just stuck in my mind.
I've seen alot of cards with a sitting Tilda/Edwin in a circle so thought I'd give it a try.  I always find mens cards a bit of a challenge but think this card turned out quite well. 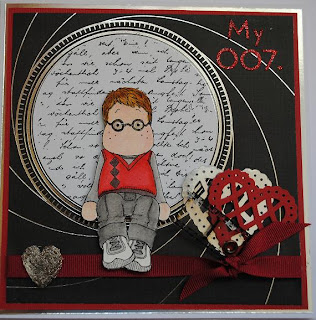 I thought the backing paper was ideal for a 007 Edwin theme and also the fact that it came from the Kaisercraft paper pad...Shaken Not Stirred Collection.  The stamp is of course a Magnolia Edwin stamp, (I can't remember what its called at the minute though) and I've coloured him with Distress Inks.
Hope you like it.
Debbie x
Posted by Debbie at 02:37 4 comments:

Well here I go again.....my 2nd card.  Can't believe I have 2 followers already.  I'm thrilled to bits.  Thank you for the encouragement and the kind comments ladies.

This is a card I was asked to make last month for a wedding. 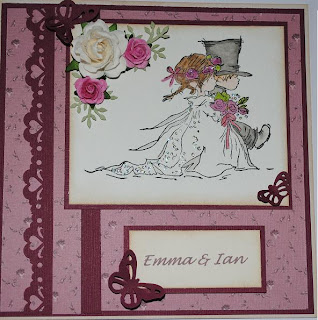 The stamp is a Lili of the Valley stamp and the papers are from the V&A Inspired Hanoverian paper pack.  I have two of these packs, one to use and one to look at.  I love these colours and the paper has a linen type feel to it.
Right off to do the shopping as the shopping fairy didn't turn up this week, come to think of it neither did the housework fairy.
Have a lovely Sunday x
Posted by Debbie at 16:58 4 comments:

My first post, what am I doing!!...
I never thought I'd do this but after an age looking at other peoples blogs and admiring their work I've finally plucked up the courage to give it a try myself.  My computer and blogging knowledge is very limited as my poor long suffering brother will bear witness to.  Please be patient and I'll do my best.  Any advice or comments would be gratefully accepted. 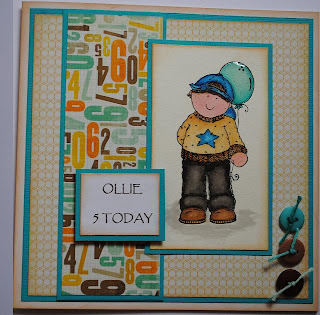 My first card is one of many I made for my friend Rachel who gave me a long list of cards she needed me to make for up and coming occasions she had.  The stamp is a freebie Molly Blooms stamp.  I used Distress Inks to colour and the papers are My Minds Eye Fine and Dandy. 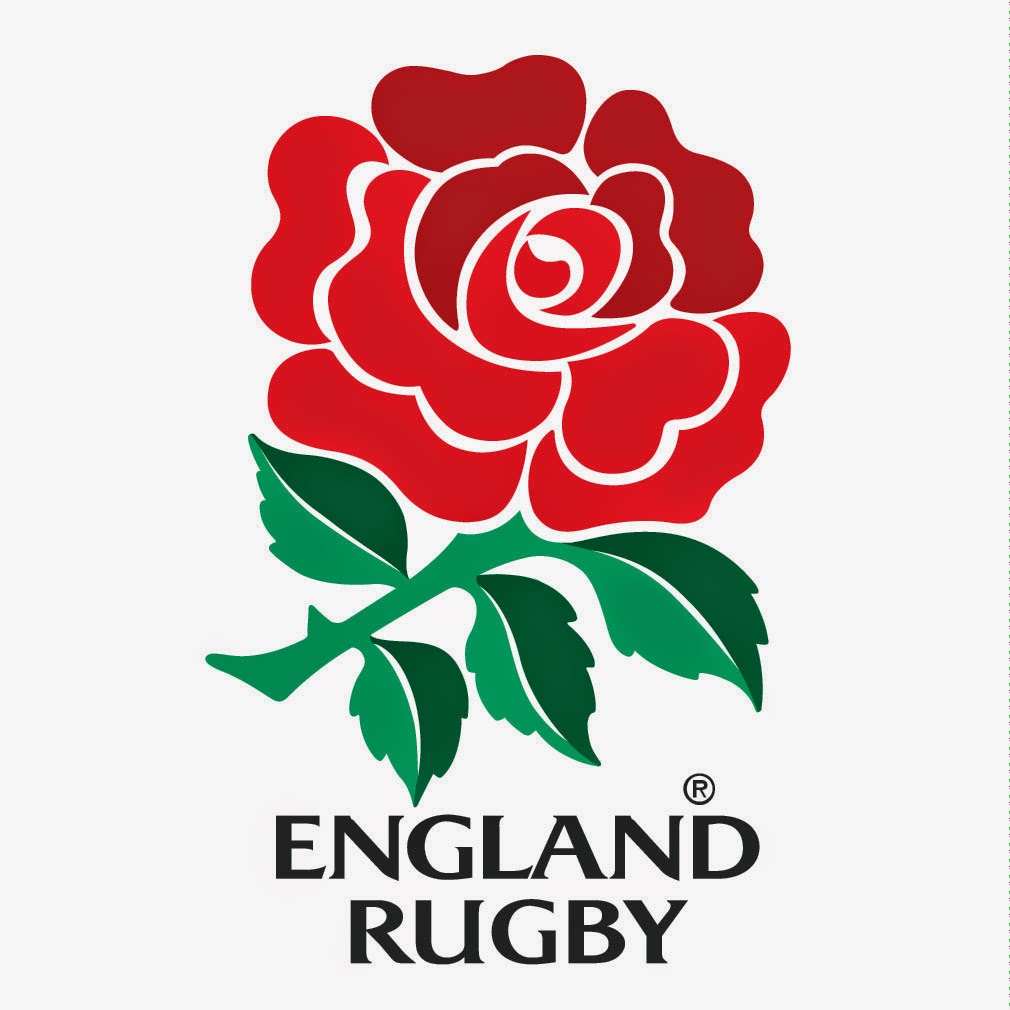 I hope you enjoy your visit and looking at my creations. While I would be really happy if any of my ideas inspire you please do not copy them directly and claim them as your own or submit them for publication, challenges or competitions.
Thank you. 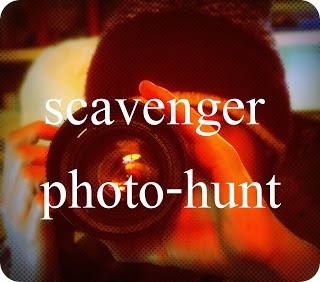 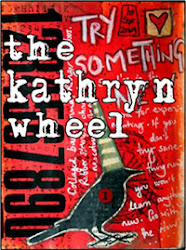